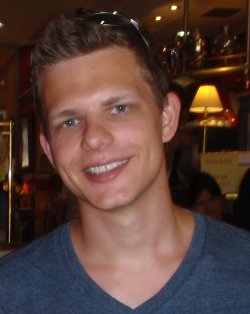 I'm a postdoc in the section for Algorithms, Logic and Graphs (AlgoLoG) at the Technical University of Denmark, DTU Compute. My PhD advisors were Inge Li Gørtz and Philip Bille. My research is centered around the design of algorithms, data structures and time-space trade-offs for combinatorial pattern matching problems. I am particularly interested in generalizations and variations of exact string matching and indexing.

When not in my office, I'm most likely travelling, riding my bike or hanging out on DTU's climbing wall. I also love to go spearfishing.